I have spoken with many engineers lately about issues they confront during the mixing process. I asked them to talk about issues that they commonly face and what they do to resolve the issues. The discussions focused mainly on equalization, compression, and time based effects.

All the engineers had issues with equalization. Balancing the frequencies using equalization a was a common concern. One of the main concerns was using automation to compensate for an improper equalization. With an improper frequency balance, you have some frequencies that are masking others. Using automation by turning up the volume of the track that has been smothered will be a temporary fix. When the content of smothered track comes down, you now realize that the track that was turned up is now too loud. 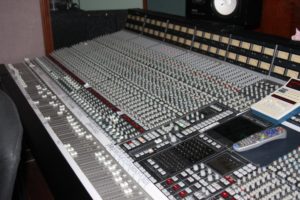 Get It Right From The Beginning

Most engineers agreed on the solution. The solution was to use equalization to balance the frequencies between the tracks that are in question. most agreed that this was not an easy solution or process but that the trade off in time and effort was worth the results. This process was viewed as a check against doing the wrong thing. One engineer said that if you think you need to automate every word in a vocal track, you should be looking at equalization to solve the issues instead of automation.

One engineer suggested pulling up your old mixes and get rid of all the automation. Spend time with equalization and you will quickly see that a well balanced mix can be achieved without using volume automation. All commented that automation has its place because you can not always use a compressor to level out vocals that are extreme in nature. Sometimes you want a vocal part a little louder than other parts and that automation should be used mostly to create certain sonic effects by changing levels, using panning, and with some plug ins. 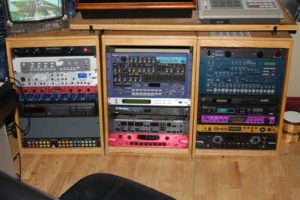 Use Less To Create More

Adding too much reverb or delay was another issue that seemed to be common among the engineers. Most made the comments that too much reverb was the indication of an unprofessional mix. Usually too much reverb is used to try and solve pitch issues or as some stated to make the vocalist sound better. Vocalist wanted more reverb, especially if they were the engineer.

All agreed that the best way to use reverb and everyone agreed it was necessary, was to find the correct amount of reverb that sounded good at loud volumes and then lower the volume until it sounded good all through the mix. Some suggested bringing the reverb down to the level of barely audible. Spend time listening at this low level with the send bypassed. Most believed that this method added thickness and a richness to the mix without adding any undesirable effects. Most said that this approach also worked with the delay.

If you solo a track and use EQ on it it will sound one way. If you then put it into the mix, it can sound thick or muddled. All agreed that one needs to do the majority of your processing with the entire mix playing. Examining a solo track or a couple tracks is acceptable but keep the entire mix in your mind and focus on the total mix.

When you ask someone to listen to your mix and they tell you to turn it up because it will sound better. Obviously, these comments lack the experience of a professional mix. Professional mixes sound good at soft and loud levels. This is the result of the engineer understanding that our ears can hear more of the middle frequencies than it can the low er and higher frequencies. This is probably due to our need to hear vocals for communication purposes as a species. It takes more energy to produce low and high frequencies than it does to equal the apparent loudness of our middle frequencies.

As you turn down your mix, you will notice that the vocals jump out in the mix since they are focused in the middle frequencies. Pay attention to the lead vocal as you turn up the mix. The drums and bass energy will start to take over the vocals. If you mix loud, you can not balance the mid range correctly. If you listen at higher volume levels, everything seems to smooth out but more difficult to hear the mid range. When you turn the volume down and listen at lower levels, the issues in the mid range stand out.

Mixing at lower levels is the solution. If you need to check the low and high end, one can turn it up for this purpose but once checked and verified, lower the volume levels. Less is more and this philosophy should also be applied to the use of effects and processors. Use small amounts of EQ and small amounts of compression. Train your ear to hear the subtle differences in music and add or subtract small amounts of processing just enough to compliment and not dominate.