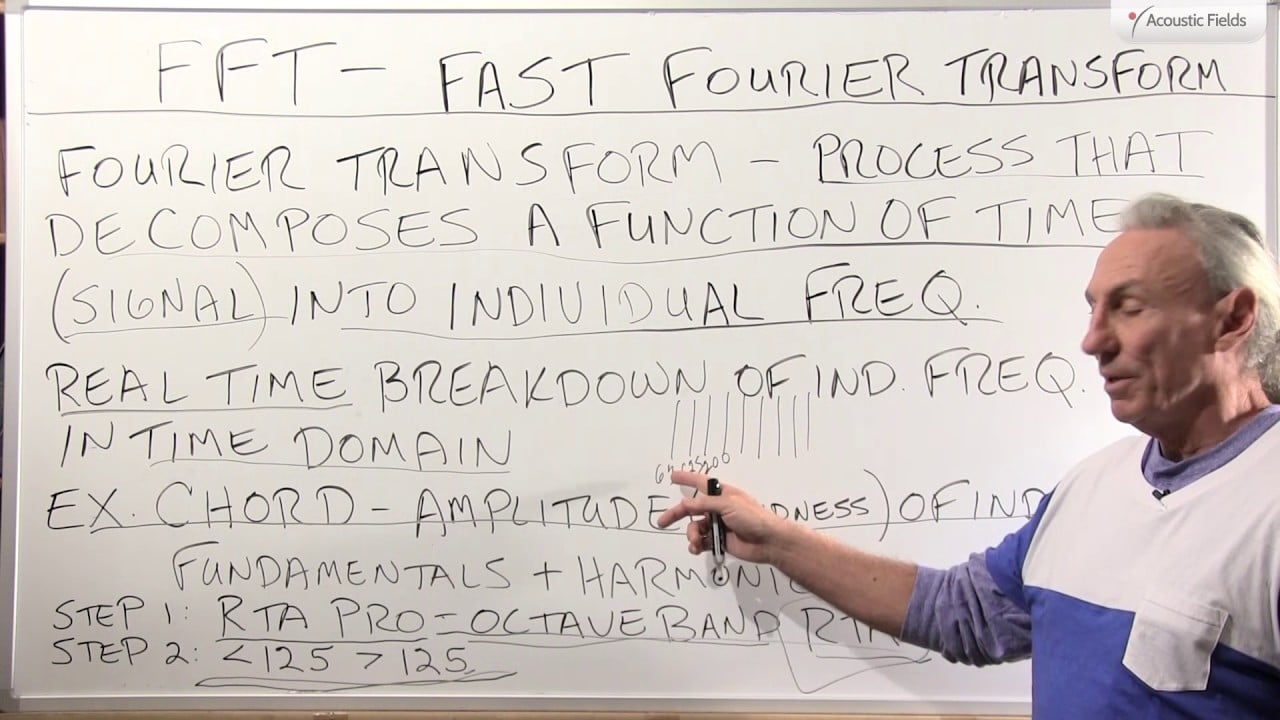 Today we’re going to talk about the Fast Fourier Transform; crazy name isn’t it? It means a lot, probably named after an individual. We call it FFT for short, but it’s a really great tool when you’re trying to learn about acoustics, and are trying to apply results and analysis. So let’s look at the definition – the process that decomposes a function, a signal into individual frequencies. We are all familiar with RTA’s, so it’s a real-time breakdown of individual frequencies in the time domain only.

That’s what we’re looking at here the time domain; so real-time. So if we take a chord, the chord’s going to have certain amplitude or loudness and we break that down that chord into its individual fundamentals and harmonics. I can go into long lengthy explanation here, but I’m going to give you an app, an iPhone app, and it’s called RTA Pro; and I think maybe Brian can put a picture of the symbol up for you in this video. So it’s called the RTA Pro, I think it’s like two or three dollars, it’s not very expensive, buy it, download it into your phone and start becoming familiar with it. It’s not complicated but there is a little bit of a learning curve to it.

FFT – Fast Fourier Transform, hope that helps a little bit with an explanation.

This is an unedited transcript from our video series from Acoustic Fields. There will be some errors in grammar and sentence structure that occur during this translation process.

For complete understanding and comprehension, please view the video which is included in this text. For any additional information regarding this topic or others relating to room acoustics, please contact us directly at: