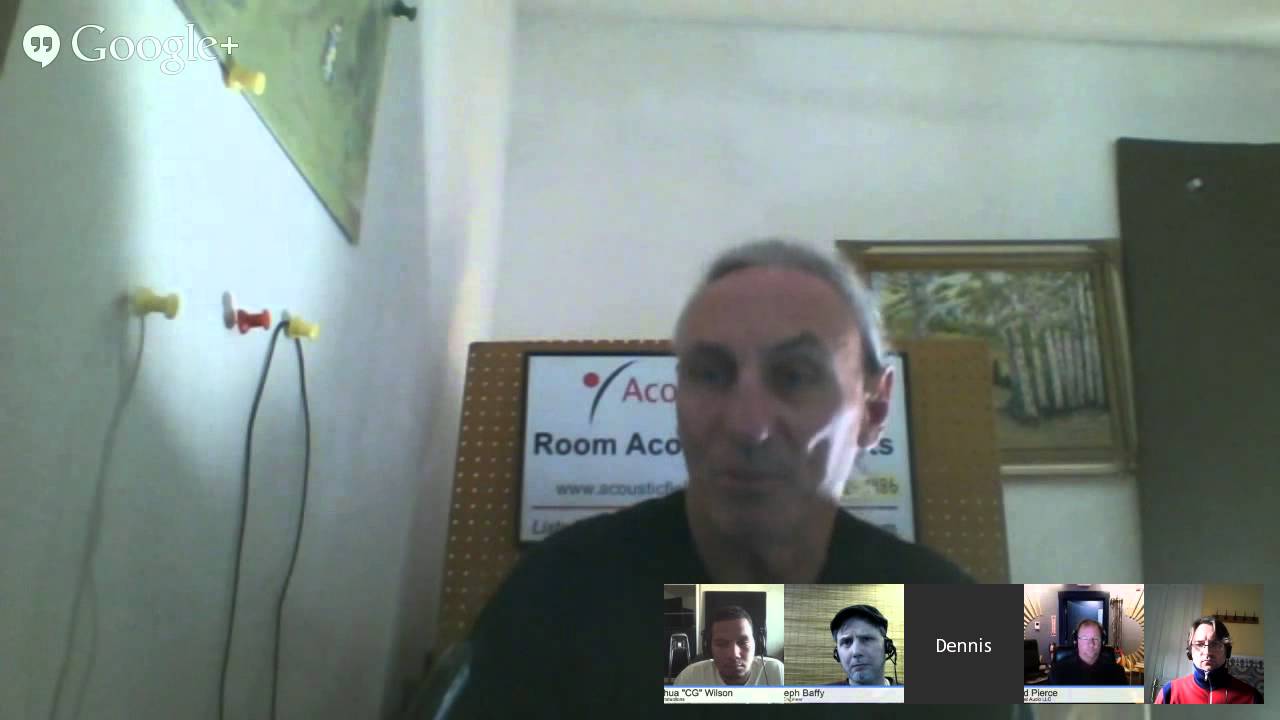 In another of our monthly Google Hangouts with experienced and talented audio engineers Brad Pierce, Joseph Baffy and Joshua Wilson, we continued in our efforts to bridge the gap between what you are hearing as an engineer and how the room is causing that problem. The following video and transcript comes from one particular section where we addressed the issue “Acoustic guitar mic techniques & room acoustics”. If you would like to see the full hour and a half discussion you can see the video further down the page.

Dennis: Here’s the situation that I see. Everybody’s mic-ing to avoid something and not capture things. Especially in a live situation where you’re trying to minimize the room through microphone placement and I see a lot of that carrying over in studio sessions. It’s really the room first and the instrument second when it comes to a microphone. So I think we need to be a little more cognizant of how the room reacts.

This is what kind of freaks me out a little bit. I see a lot of people say ‘Well just put some sound absorbing material here and there”. Really? Just do that? Yeah? Let me tell what I’m finding here in my studio. I’ve been hard at this for about six weeks. In two channel playback, the sidewall reflections are critical. The general consensus in side wall reflections in two channel playbacks absorption, okay?, so let’s work with absorption. The standard thinking is absorb as much energy as possible and reduce the reflection at the listening position as much as possible. Nothing and I repeat nothing could be further from the truth. This is another myth that hopefully I’ll get the chance to do a video.

So there’s a need for different rates and levels of absorption just in two channel playback. So I know the need for predictability and consistency and sound absorption technologies during the recording process must be as equally as concerning. And I don’t see that a lot of times. I don’t see that kind of attention paid to those particular processes and if it’s that critical in a playback environment, it has to be more critical in the recording environment at the source because that’s the source. You guys create sources. I got to deal with what you create and make it sound good in a room.

So I’m thinking let’s start taking some of this playback requirement and move it to the recording process. Move the critical things that we find in playback to the recording process and make the source more pure and that’s what I think Joshua discovered doing some vocal recordings in the studio here. A highly predictable rate and level on every surface, consistency and predictability so that you can duplicate. I mean finding good sound in the room is really hard. Once you get it you want to be able to make sure you can get it again and again and ever again. Really and no matter what environment you are.

So this is really complicated and I think that’s probably the reason we hear so many bad recordings. For every one quality recording I hear, I hear twenty bad ones. You know it’s just like the ratio of good to bad is so crazy. I’m wondering what’s going on. Why don’t we have for every two recordings one good one. That I could understand. So that tells me that the knowledge base we’re using right now for recording quality, there’s a lot of disparity and differences. There’s a lot of conflicting information, maybe. There’s a lot of unknowing. I don’t know what the answer is. But I have probably 100 CD’s in my studio and I have two that I use for quality recordings. Why is that gap so big?

Joshua: I think that people just think of caring and like you know music is such a rapid thing that everybody wants music all the time. And then people now jut like recording anywhere you know. And it’s been accepted. Because it’s been accepted, other people maybe don’t have to have this great quality recording to have people to listen to this. I think that’s one of the biggest thing is that you know. As listeners and consumers we’re actually accepting the bad qualities and people who are like you know like audiophiles, acoustic designers and stuff like that and engineers we hear that its bad but like we’re few against the many consumers that are listening. So what we want isn’t as prevalent as people who listen to it so if they’re accepting it then artist will like and I guess it’s okay.

Dennis: I guess then the motivation is not on the quality of the recording, it’s more on the acceptance and the marketability of the product. If that’s the case then good, it’s good for that but it’s not something I’m interested in but good for those people. The bottom line here is I just don’t see any consistency and I don’t see any quality mixed in with that inconsistency. We could go to a store right now and buy 50 CD’s, bring them back to my studio and play them and I bet you there’s not one or two that would sound that good. You know? I just don’t understand it. I’m trying to get some answers here.

Joseph: There’s a ton of misinformation and at the fingertips of any beyond person who wants to record themselves. They hit youtube and see something and believe it’s gospel. You know they believe that it’s true. And I can’t blame that for everything like there is a trend that I notice in the last five years. There was a time when I didn’t see two microphones grouped together in a package. Unless it was a stereo pair or a drum recording microphone set. Now we see a large condenser or kind large condenser microphone packaged with a small condenser and the picture is put the big one in front of your face and you put the little one by your twelfth fret of your guitar. And that’s what we use. And it costs you a 150 dollars, hundred bucks whatever.

And then you have a plethora of plug-ins that you use to make it sound the best it can be. There’s not a whole lot of a emphasis put on in that packaging that says “keep moving this microphone into your something that sounds good. You know or maybe some that sounds great”. And personally that’s just an observation that I’ve seen. I’ve mixed some really, really crappy stuff. And I do it. I’m very straight up with the folks. And there are a lot of kids that come over. I give all the high school kids a really good price. And they record themselves in garage band and then they come to me and they think that a Pro Tools HD is going to fix it and it’s not going to. And it’s bad. And all I can do is make it a little bit better but it’s still bad. And I tell these kids to just keep at it. To keep changing where they put their microphone and I try to give as many hopeful clues as I can. And definitely one of the clues that I give them is to get all the junk out of the room so it doesn’t vibrate and create all kinds of other noise that gets picked up well.

To learn more about room acoustics and how drums interact with your room, please sign up to download our free ebooks and video series on room acoustics here. And please let me know if you have any questions at any time. 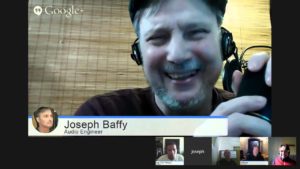 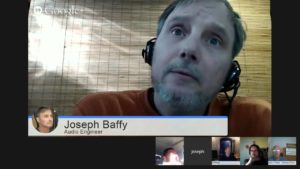 Gallery image with caption: How To Remove Room Sound When Recording Drums 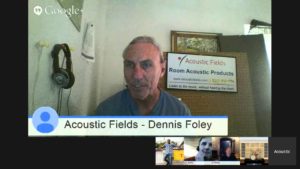 Gallery image with caption: How To Use Variable Acoustics When Recording Drums