Soundproofing problems and how to solve them

By Dennis FoleyAugust 11, 2014No Comments

People are always coming to me with their soundproofing problems. So today I want to share I discussion I had, which you can see in the following video, on why soundproofing, which is really barrier technology, needs to be handled by professionals.

Here is our discussion:

So you advised me to measure the frequencies in their room in SPL to determine if I will need a small or large amount of material. First up, will you be been doing another video to show to us what type of materials and the arrangements of them for barrier technology and also for a basement ceiling? I think that’s in regards to the managing, soundproofing a basement video that you released the other week (which you can see further down this page).

Yes, I can do that. Now, let me tell you why I hesitate. I can tell you all day long in a video what materials to use, how to put them together. But if you don’t put them together right and make a little bitty mistake, I mean a mistake this big, the whole thing is ruined.

So the margin of error in building your own barrier technology, I really think it’s best to leave it up to a professional. In this video I explain more about soundproofing and what it takes.

Soundproofing Problems Really Should Be Left To Professionals

Why are all those material so different in thickness? Why are they put together that way?

Sure, we can talk about all that. But installing it, is not easy. In a basement, you’ve got just the ceiling. You’re not going to do anything to the walls because you have concrete and tons and tons of earth as your barrier. I really can’t think of anything better. And the earth is free, well, kind of, and the concrete it’s relatively inexpensive so you have all this earth behind you.

I have a funny story about a guy who had a studio in his basement and the oil company put an automatic driller for oil about a mile from his property. These drills would go up and they go down in a rhythmic motion and it would strike the chamber that it would go into in the pipe and it would send this vibration through the earth and, even though it was a mile away, it was that strong that you could feel this eighty cycle, seventy cycle wave just run-through his basement and it almost felt like the room was occupied by spirits.

You need to know your numbers! 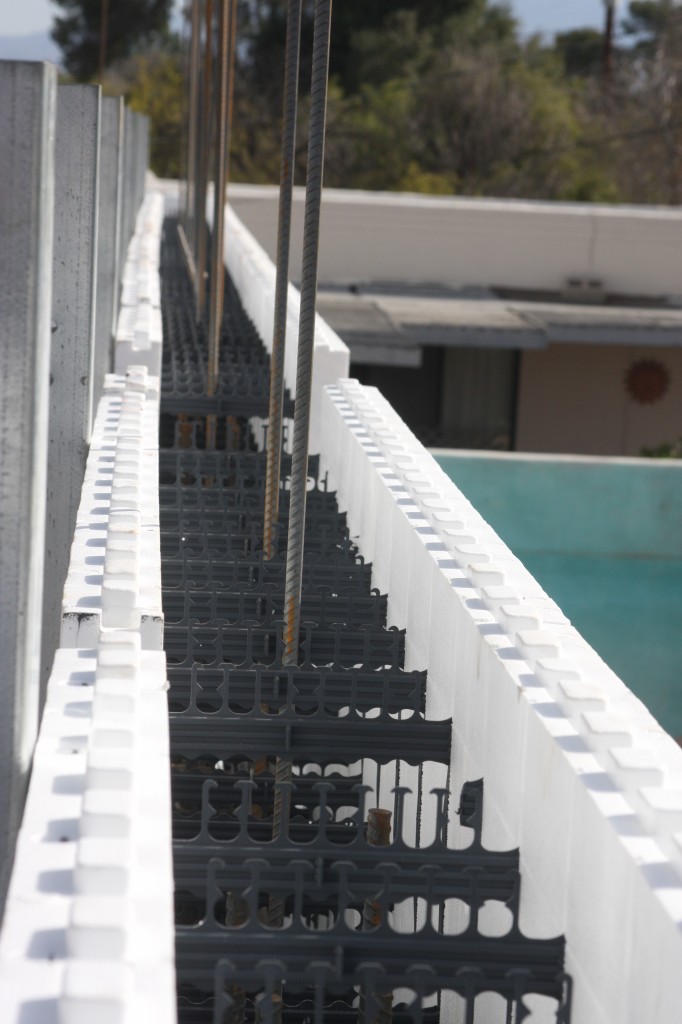 I’m getting to the point where, and as many people as I’ve talked to who have tried to build their own barriers, I think it’s best to leave it to a professional in your area.

Now that said, they’re not the easiest people in the world to find, and the ones that I have had do jobs for us, they’ve called me almost every day on the job and ask for guidance. So you can see that even experienced contractors have issues with it.

So, I think theory and understanding the principles behind soundproofing/barrier technology is important. I’m more than happy to help with explanation, but the application and actual installation, if this is a serious room for you and you’re going to make your living in it, the I would hire a professional and spend the money. It would be well worth it.

Beware the guy who invented dynamite!

We can all build walls, we can all build rooms, we can all do framing, and that’s easy, anybody can do that and that doesn’t require any skill set. But when you get into barrier technology, you have to build a device that’s all tuned to vibration.

Frequency response is still standard. So we have things that we can look at, but it’s just, that device that your building it’s really a sensitive acoustical instrument and it has to be installed the right way or you just negate all the things that you’ve built into it.

You can make a one percent error and ruin the whole thing and I don’t like that ninety-nine percent to one ratio. For you could do everything right but still miss one or two percent and you’ll really have impacted the performance. Those are tough ratios to work with, even for professionals.

For amateurs, I don’t think there’s even a chance of getting it completely right, to be honest with you all. So really, if your sitting on that barrier issue, we can talk on 20–392–9486, I can help you with design, that’s not an issue but I’m going to really push you to get somebody to install it to save yourself a lot of time, money and stress in the long run.

If you want to learn more about room acoustics and solving your soundproofing problems, please sign up for our free room acoustic treatment videos and ebook which provide step by step instructions on all major room acoustic issues. Get instant access by signing up now.