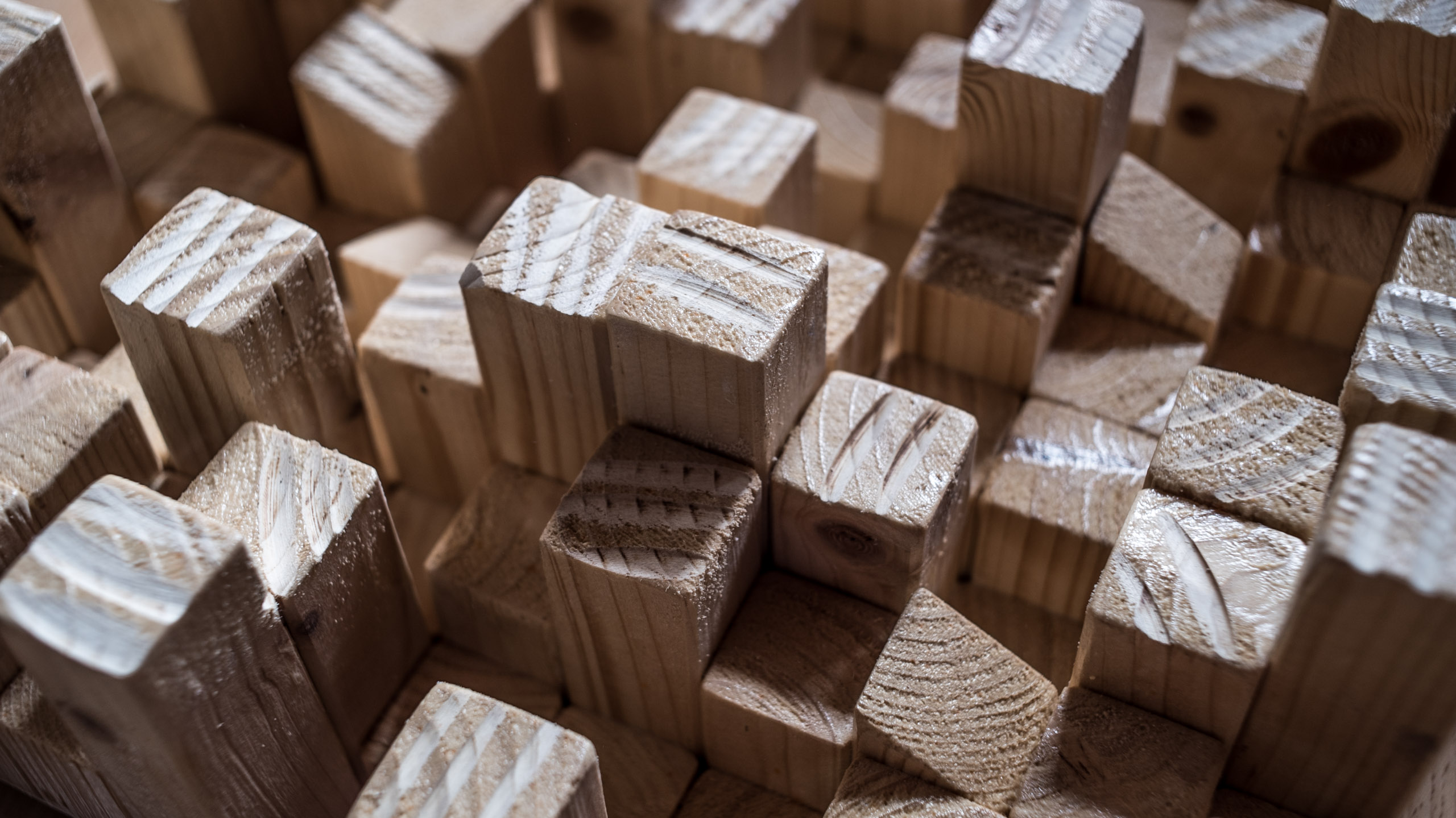 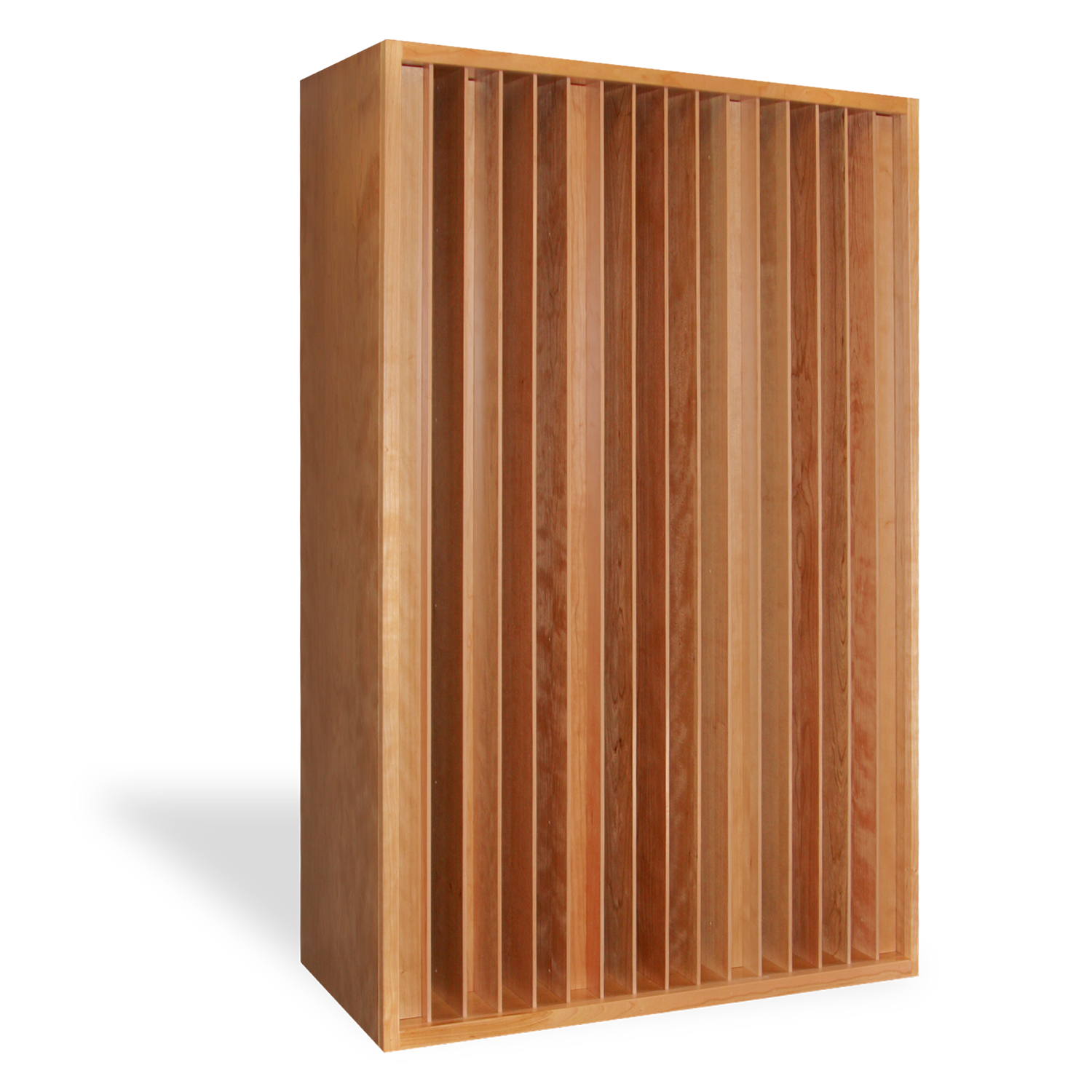 If you look at how a one-dimensional diffuser you see a series of wells or troughs. These wells or troughs are designed and are based upon a complex formula that involves prime numbers such as 7, 11, 13, 17, 19, and 23. Each well depth is based upon a quarter-wave rule that states that the well depth is 25% of the total wavelength that is diffused. If you take a 12″ well depth and multiply it by 4 for quarter wavelength rule, you produce a total wavelength of 48″ or 4′. Dividing the speed of sound by 4′ you reach a frequency of diffusion of 280 Hz. Different prime numbers produce different frequencies. Let’s look at a one-dimensional diffuser based on the prime number 13. 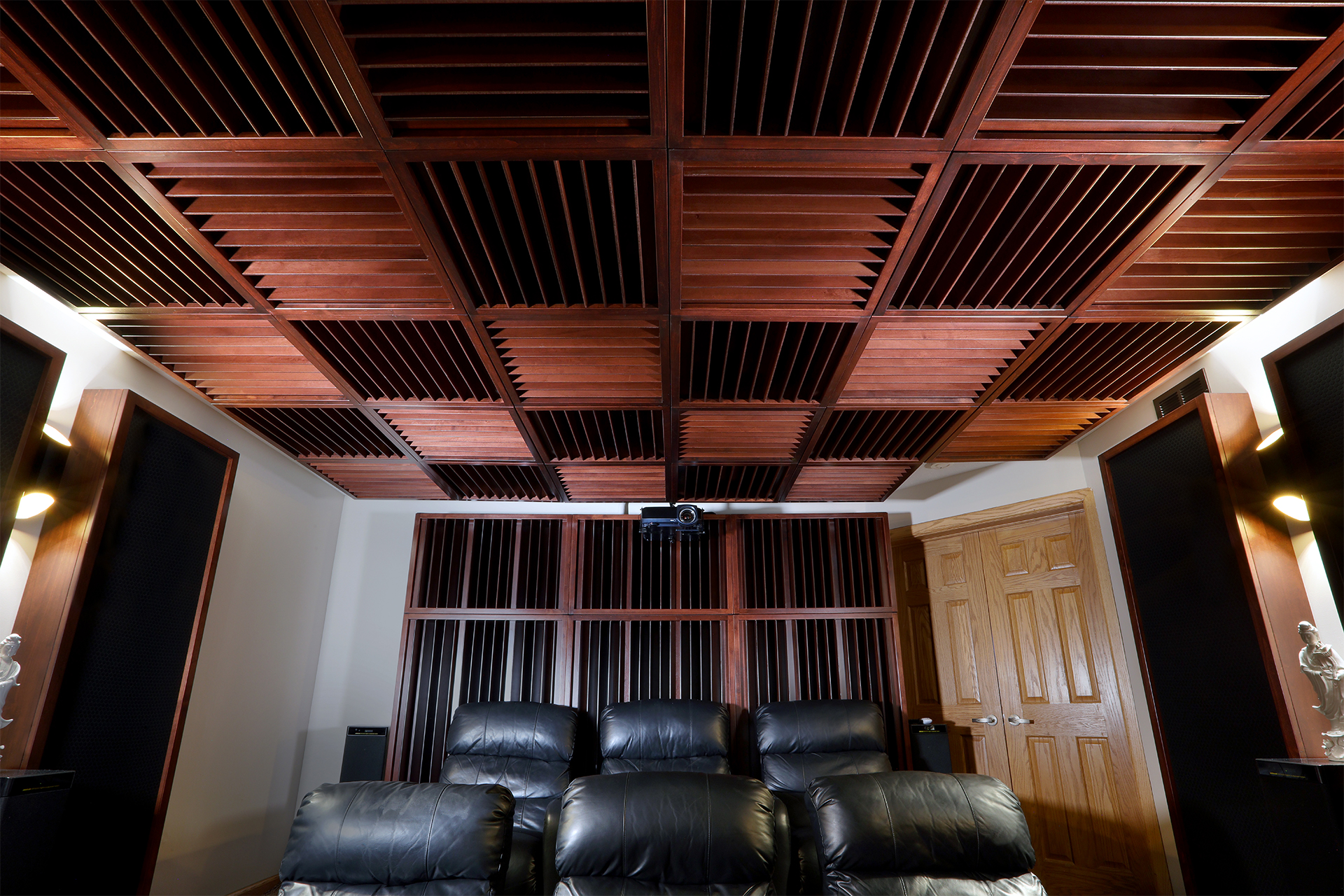 A Skyline diffuser takes these same well depths and turns them inside out. Instead of using a well depth of 9″ they turn the well depth of 9″ into a block that is 9″ long. By inverting the well depth into a block that is the same length as the well depth, you create a two-dimensional diffuser. When energy strikes the 9″ long block it is diffused back at the 377 Hz. frequency in two dimensions within the room. The same thing happens with the other blocks. By having a series of blocks that are the same length as a quadratic diffuser depths, you create two dimensions of diffusion in the same surface area. You can create the two-dimensions of diffusion using one-dimensional diffusion arranged both vertically and horizontally in an alternating pattern.

When using any diffuser on the surface area of a critical listening room, you must be aware of distances. Diffusers receive energy from whatever room source that is producing sound and then sends that energy back into the room is a 180-degree hemispherical array of energy. We must have enough distance for the diffuser to diffuse its lowest octave of energy produced by the diffuser back into the room. Our endpoint for the diffused energy is the ears of the person receiving the energy. Let’s use out prime number 13 diffuser as an example of the required distance. We know that the lowest energy diffused is 280 Hz. We also know that 280 Hz. wavelength is 4′. With a 4′ wavelength to fully complete its cycle, we will need a minimum of 4′ in distance. However, that is cutting things too close. A good rule of thumb is to take the 4′ distance and add 50% or another 2′. This would make the minimum distance for a prime number 13 quadratic diffuser to be used at 6′ from the diffuser to the listener’s ears. This distance rule applies whether it is a skyline diffuser vs quadratic or any other prime number sequence.

About Us at Acoustic Fields: https://www.acousticfields.com/about/ 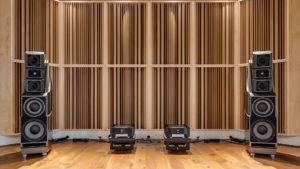 Gallery image with caption: DIY Sound Diffusers: What You Need To Know 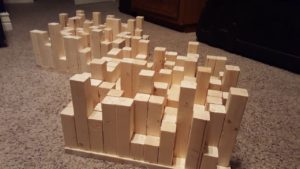 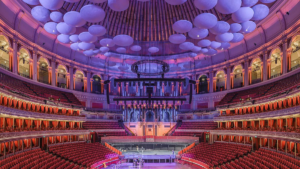